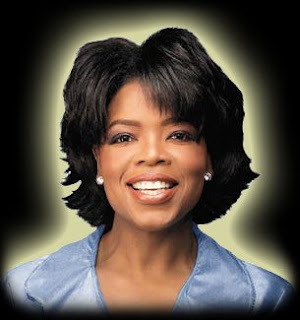 The Oprah is so excited about California's issuing the first legal marriage licences to same-sex couples toniiiiight!

Now, as you know, The Oprah has chosen not to marry Gayle - I mean! - Stedman, but as far as The Oprah is concerned, people should be allowed to marry whomever they want. After all, marriage is just the right to receive joint tax benefits, control a partner's end-of-life decisions and lose half of your assets upon divorce.

Of course, a marriage partner is more than just a friend. After all, when it comes to Gayle... Well, there isn't a definition in our culture for this kind of bond between women. So I get why people have to label it – how can you be this close without it being sexual?

Oh, wait, what was The Oprah talking about?

The Oprah knows Barack Obama is personally opposed to same-sex "marriage" for religious reasons. He also says homosexuality is not immoral if you really, really pressure him a lot. Granted, his now-former church largely supports it and he thinks Jesus Christ would support same-sex unions based on the Sermon on the Mount which would be contradictory insofar as homosexuals want marriage, not civil unions, which would not be total equality and thus violating the Golden Rule, BUT THE OPRAH DOES NOT LISTEN TO LOGIC AND REASON. HOW MANY TIMES MUST THE OPRAH EXPLAIN THIS?!

Now, if you'll excuse her, The Oprah is off to Friendly's for a sundae with Gayle, and they're going DUUUUUUUUUUUUUUUUUUUUTCH!!!!!!