Everyone vote for me in the form of my opponent! 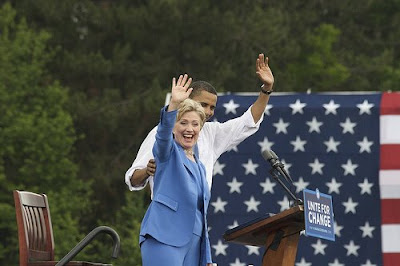 First off, I just want to thank all of my supporters, who supported me, and who invested in America's future by voting, for me.

But this isn't about me. It's about you. You, who voted for me and shared my vision. Barack Obama also shares my vision - our vision!

But this isn't about me. It's about Barack Obama, who shares my ideals and is just so much like me.

So, just remember. The future lies with you, not me. Come along and vote for change! Say it with me, "Yes, I can!"