Posted by Chase Michaels at 3:31 PM 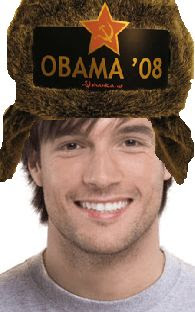 Woah. Chase here and let me tell you, they don't call Denver the "mile-high" city for nothing. Yes, I was there for the DNC. No, I don't remember anything. I tried to get into Obama's little speech on Thursday, but The One didn't choose me to join him backstage (I even told him I was a Republican war vet poor first time voter female immigrant). I was also few million dollars short on the fund raising criteria to get in.

The neo-thugs love her. The females love her. Apparently, even Joe Biden thinks she's hot.

Unfortunately, there's the nasty business of the "(R)" next to her name, so that means we must end the puppy love and start tearing her apart.

The fact is Joe Biden has a clean and articulate record, Palin does not. 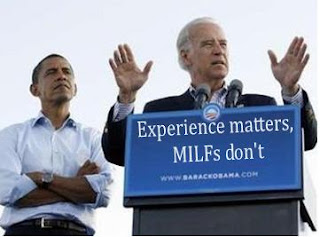 Note: Like my new hat? Buy one today HERE.