Barack Obama Participates in International Talk Like A Pirate Day 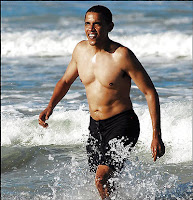 So Barack, in the spirit of the day told his wife Michelle that he was going to talk like a pirate to the Swedish delegation that was visiting his campaign office.


So he gets up on stage and says:


Hello! I be delighted t' be havin' ye as me audience. I be plannin' t' lower taxes an' fix th' economy. I`ll end th' war in Iraq an' reduce our dependence on foreign oil.Ya swabbie!

Barack was confused. He'd talked just like a pirate, even with a "swabbie" thrown in. So, being the articulate person that he is, he restated his opening, this time in english.


Hello! I'm delighted to have you as my audience.I'm planning to lower taxes and fix the economy. I'll end the war in Iraq and reduce our dependence on foreign oil.


Total misfire. The Swedish delegates looked at each other in utter confusion. Barack didn't know what to do. About this time his wife Michelle got his attention and while Barack excused himself to hear what his wife had to say the delegates began to mumble. Michelle whispered something to Barack and he returned to the podium, where, to massive applause, he said: 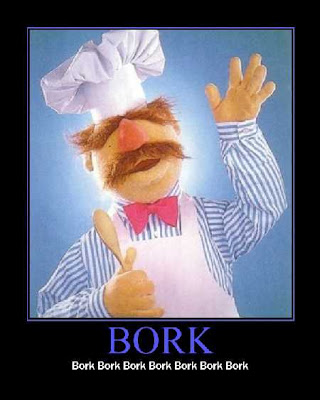