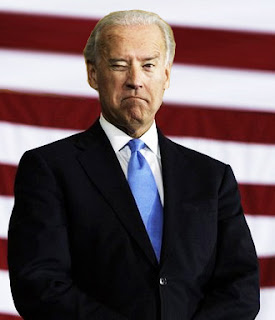 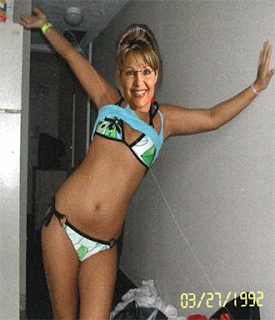 According to a consensus of the experts, as well as dozens of carefully screened undecided voters who were pooled as focus groups for the occasion, the experience and charm of Senator Biden trumped the clearly overmatched Sarah Palin in nearly every possible way during their planned debate.

Nearly every member of one key focus group raved about Senator Joe Biden's magnificent performance, but they were clearly disillusioned with the "Hockey Mom" from backwater Alaska.

According to Ima Libby, an undecided social worker from San Francisco proudly wearing several dozen Obama for President buttons on her Impeach Bush & Cheney Now t-shirt, "Senator Biden didn't stutter at all. He was very much in command of every subject." When asked about about Governor Palin's upcoming performance in the debate, she replied, "I really was not very impressed with her. She seemed too rehearsed and very ill-informed. What kind of experience does a Governor have that's relevant, anyway? She needs to get out and organize a community, maybe spend a hundred days or so in the Senate, then we'll talk. I frankly just don't think she's ready to be a heartbeat away from the Presidency."

Another undecided voter, Dick "Call Me Vicky" Tucker, a Transgendered Studies Professor at Warduvtha State College in Vermont and President of the campus' Democratic Atheists for Obama Society, was even less kind in his/her evaluation of Palin's forthcoming poor performance, "Speaking as a lifelong loyal Republican voter and a concerned Christian, I love Senator McCain dearly, but I think Sarah Palin hurts the ticket. I don't see how anyone can take her seriously at all. She has no experience. She murders helpless animals, but thinks it's okay to give birth to her daughter's special needs child and then go off and run for office and abandon him. She has no idea what real women in this country think," he/she said while adding another coat of makeup to correct for the onset of his/her five o'clock shadow. "As far as I'm concerned, she's not even a real woman at all!"

In a snapshot poll to be released immediately after the debate, those who claimed to have watched it gave the edge to Senator Biden by an overwhelming margin of 73% to 24%, with only 3% uncertain as to why they were being asked for an opinion on something that had not yet happened.

It is unclear yet just how badly Governor Palin's poor performance will hurt the McCain/Palin ticket in the polls. Most pollsters are leaning towards a 5 or 6 point shift in the next couple of days, though some are saying it should be more. A compromise figure is anticipated before the debate actually takes place.

*Note to self: Correct article to make all verbs past tense. Do not post until after debate!