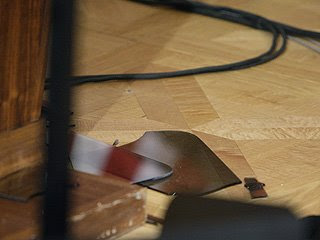 Obama's best friend and co-star throughout his Presidential run and subsequent rule of error came to an untimely end during a press conference yesterday.

"It's always troubling when someone this close to the President of the United States dies so suddenly and unexpectedly," read a brief statement issued by White House Press Secretary Robert Gibbs. "Our thoughts and prayers are with his family."

The President was said to be at a loss for words.

According to sources, the cause of death has been ruled accidental. The coroner reportedly called it severe trauma from a fall resulting from a long-term overdose of bullsh*t.

The Vice-TOTUS was sworn in shortly after he was notified of his predecessor's passing (reportedly by his father on the family bible) so as not to in any way disrupt the chain of command in the American government.

Below is graphic video/audio of TelePrompTer™'s sad demise. Be warned, it is not for the faint of heart

The Hollywood community was especially hard hit by this tragedy, as TelePrompTer™ had won wide acclaim for his moving portrayal of a gay cowboy in Barack BackMouthin' earlier this year and had just finished work on the new Batman sequel, in which his turn as the Joker is said to have been nothing short of electrifying. 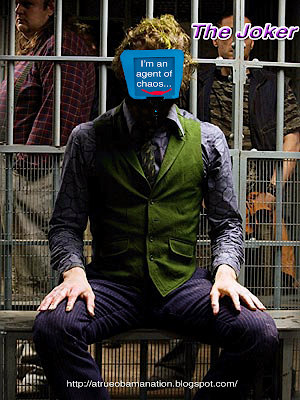 And the President, once again, is said to have been "a natural" in his co-starring role...

Plans for a memorial service are still pending, but the TOTUS is expected to be lying in state in the Rotunda at the Capitol before the end of the week.