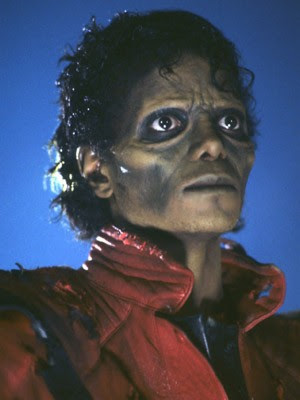 Shortly after the conclusion of the Michael Jackson Memorial Service Spectacular yesterday, representatives of Joseph Merrick's estate contacted Jackson Family lawyers with an offer to purchase the Gloved One's remains for the sum of $1 million.

While admitting they were tempted by the offer, which would have helped (ever so slightly) to offset the massive debt left behind by the King of Pop, the family declined, saying instead that plans were now in the works for a lucrative new World Tour for Jackson's corpse. Sources now say he is to be reanimated by the same "Imagineers" for the Disney theme parks responsible for the Hall of Presidents attraction.

"They're really planning a stunning show," said an anonymous tipster. "He's going to be decked out just as he was for the zombie dance scene in the Thriller video, and after a few weeks, they'll even be able save a ton of money because he won't need the make-up anymore! I can hardly wait for the rehearsals to start!"

No word yet on the opening act, though rumors have been flying about unusual activity near the grave of Elvis Presley at Graceland Mansion. Stay tuned!