Posted by Michelle Obama at 5:07 PM 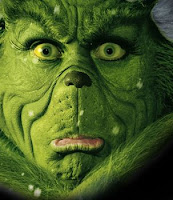 Now, as Chase Michaels noted, Barack and I fisted to celebrate his victory over the Evil One, er, I mean, Sen. Clinton. What he neglected to note, however, was the little love tap with which my hubby graced my derrière.

Now, some will say that this is a gratuitous display of private affection wholly inappropriate for public consumption. Those people are stupid and racist. How dare you mere mortals question my husband's actions?! The sheer... audacity of you!

It's not like Democratic couples haven't been overly personal in public before: 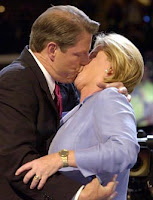 Of course, as we all know, attacking Bill Clinton's less-than-stellar physique is fair game, but look at this: 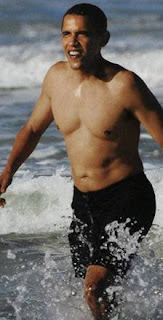 See?! You simply can not compete with that level of sexiness. To not want to commit adultery with my Barack is the equivalent of burning a cross. In fact, why don't you just lay off my husband entirely? It's not like he's a public figure and thus subject to scrutiny, or anything.

And just you remember, whenever people criticise our fist-bumpin', butt-tappin' ways, it is conservatives and only conservatives who will be playing the race card in this election.